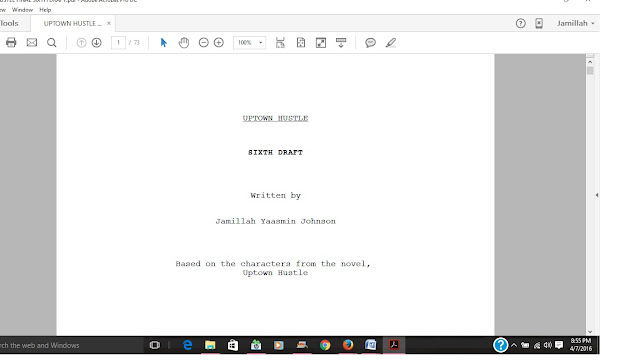 Just to catch you up on what I've been working on. I just read a book called "Show Your Work! 10 Ways to Share Your Creativity and Get Discovered " by Austin Kleon, and I was inspired to come out of my cave and show what I've been up to.

First of all let me say, even though I write books, writing a script wasn't an easy process for me. But I'm proud of myself for sticking to it and getting through the process. The story is complete but I still have to add some finishing touches. As you can see, it says sixth draft. Which is the sixth of the final draft for now. This doesn't include the various scripts that were written prior to this. 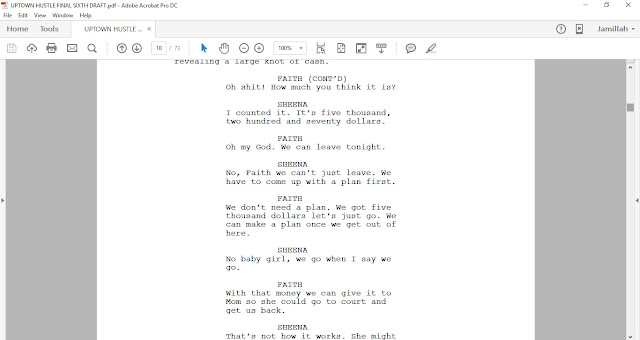 At one time, I was writing Uptown Hustle as a web series, then a dramatic TV series, until I went all out for a film. It also a new twist that differentiates from the plot of the book. If you've read Uptown Hustle 1 and 2, all of the story lines just wouldn't fit into a film. Nonetheless, I think you will be pleased.

Stay tuned for more updates as I start this new journey.